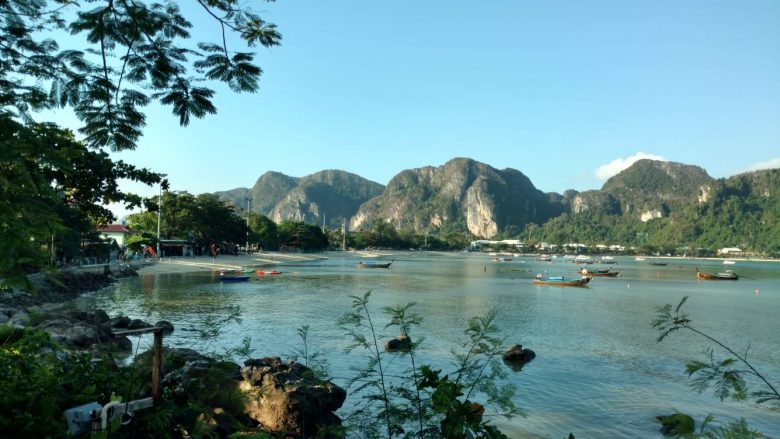 This is a true test of my descriptive writing skills.  The past couple months have been dominated by talk of my trip to Africa and climbing Mt. Kilimanjaro, but I recently took a much shorter and more drama-filled trip to Thailand in the middle of February.

**Quick disclaimer: For those who might be wondering how I’m able to afford traveling this much (or what may seem like fairly often), I am only allowed by contract to leave Korea during our school’s official break periods.  The summer break is one month from July through August and the winter break is from the beginning of January until the beginning of March.  I finally return to school next week and will not be heading anywhere until July when I fly home for a friend’s wedding.

Normally, this kind of post would have a decent cache of photos, but given the extenuating circumstances I won’t have much to offer in the photos department.  For just the bare minimum of context, I planned this trip with my friend Jiwon (지원) and we traveled to Thailand for five days.  After hearing about the overwhelming hustle and bustle of Bangkok, we decided to go first to Phuket and Koh Phi Phi (coastal destinations in southern Thailand) and return to Bangkok at the end of the trip.  Enjoy my first-hand account of this adventure.

Time to wake up.  We said 6:05 right?  I know I have the tendency to show up late, but 35 minutes is definitely ample time to get ready.  [After an eternity Nathan emerges from the shower, now lacking the time he once envisioned.]  Quick cereal and out the door.  In no time I’ll be at the beach.

Why does the GPS indicate a left turn?  We only have about 15 minutes until the bus departs and that is not the direction of the bus terminal.  6:23am, where are we?  [Jiwon beckons Nathan to run, insisting that the 15-minute walk can be conquered in a 5-minute sprint.]  He’s out of breath, I have a slight foot injury, it’s still pre-dawn dark out here, and what is going on right now?  [The bus driver looks at Nathan with a typical ‘will-he-understand-Korean’ wonder and packs their bags away underneath the bus.]  [They board the bus gulping breaths of air.]

[The two travelers were oblivious to

the signs the universe was providing them.]

The air feels nice here in Bangkok.  It’s heavy and slightly damp like in Panama almost 5 years ago.  We’ve got about one and a half hours until our flight to Phuket and this long day of travel will be behind us.  [The two still-groggy men walk through the airport to the transfer gate.]  [An airport employee kindly, yet directly reminds them that they made their second flight reservation separately and should make their way through customs to recheck-in.]

We’re fine, just need to get through this… shoot the line’s pretty long.  Still ok, let’s soldier on.  [They arrive at the front of the customs line to face yet another slightly disgruntled officer.] [He indicates a missing field on the form, then waves them to the back of the line.] The name of the AirBnb is ‘_____’ and that should be fine.  Oh great!  This time he seems to be fine with the way I filled it out.  Now we really need to hurry and focus to make the flight.

[Nathan passes through the Customs gate thankful they have no checked baggage.] [He looks back to see Jiwon being turned away again to the now much longer line that snuck in behind him.] [Customs brutally informed Jiwon that the departure card is absolutely essential, which he had left on the plane.]

There’s still hope, this is a domestic transfer and the line shouldn’t be terribly long.  But seriously, what’s taking him so long?  If we miss this flight, which let’s be honest is looking more and more likely, is it his fault?  [Jiwon emerged from the area visibly upset by how they had treated him.]  Time is of the essence now.  Time to go.

[Nathan and Jiwon ran through the airport, quickly glancing at signs to see where they should be headed.]  I’ve always pitied the people who run through airports like lost little puppies, but I can only imagine in this moment how much worse than that we must look.  Where the heck is check-in counter #14?  The numbers here only go up to 8.

[Currently beyond exasperated, the boys asked for assistance and were told to continue past counter 8 and leave the international terminal to reach the connected domestic terminal.]  I now know how I would fare in the Amazing Race.  Under this kind of pressure, making split-second decisions is a lot more difficult.   30 minutes remaining and here’s the counter.  [The airlines agent kindly asked which flight they would like to check in for, visibly pitying their reactions when she said they missed the final check-in time by four minutes.]

Well, with all the travel I do and my habitual lateness, this was bound to happen eventually.  Options.  Options!  What are our options?  Jiwon looks spent.  I feel spent.  The airlines counter has already told us there are no flights until tomorrow morning.  First food and then we’ll figure it out from there.  [Nathan looks to food for comfort in this time of stress.] [Jiwon willingly agrees and they let foreign fast food replenish their mental states.]

I’d like to pluck you out of this narrative for a moment.  This vacation was all about timing and what blatantly seemed to me like fate.  The events, what transpired, only in the specific order in which they occurred could have led to the challenges we faced and forced us to be extremely adaptable throughout the entire journey.

Knowing then that we would be stuck in Bangkok until the following morning, we decided to venture into the city for massages and dinner.  Although sometimes I prefer to visit museums and historical sites, this trip was all about the beach and the Thai food and tropical weather.  Jiwon and I indulged in multiple hour-long massages and always for amazingly affordable prices.

Over the past decade, Thailand has been a hugely popular tourist destination in Asia for American and European travelers.  The combination of cheap tourism, beautiful scenery, and tasty cuisine is enough to make anyone want to visit.  And we did enjoy a wonderful trip; even our travel misfortunes couldn’t dampen our spirits for long.

The ocean has a calming influence on me; weather in general has an almost hypnotic control over my mood.  The time we spent in Phuket and Koh Phi Phi was therapeutic, partly because the winter has stayed around in Korea for months on end and partly because the fresh air of such a natural place feels good circulating through my body.

We also enjoyed Bangkok, though the sheer amount of people and traffic there takes a long time to navigate.  The vacation was memorable in many positive ways, though I think the tragically funny ones make for a better story.  Let’s get back to it.

These islands look like my dream visions of tropical paradise.  Tourism has probably changed the uncharted feeling of this ocean getaway, but I’m still struck by the image of these hand-sculpted rocks jutting out of the rich blue water.

[Nathan and Jiwon arrived on Koh Phi Phi by ferry, surrounded by hordes of tourists clamoring to lift their suitcases off of the crowded barge.] [Men lined the sides of the pier holding signs of nearby resorts and travel agencies.]  I wonder if our little cheap accommodation has a pick-up service too.

[They made their way through narrow allies of gift shops and restaurants, travel excursion booths and bars that would liven up by nightfall.]  What are our priorities after the seemingly endless travel?  Let’s ditch these bags.  Let’s fill these empty stomachs.  You remember ‘treat yoself’, right?  Beach and then kayak to round out the day before dinner and further indulgence.

[The beach was calling their names, like sirens to lonely sailors in olden days of long ocean voyages.]  [Jiwon was excited to plunge into the ocean, plunge into a beach experience almost entirely contrasting the ambience of Korean coasts.]  [Beach tourists were unabashedly strutting along the powdery sand in skimpy suits; thousands of miles away Koreans would blush at the thought of displaying their bodies so publicly without shame.]

What’s the matter?  Oh, your phone isn’t responding?  [Jiwon lamented the loss of his new iPhone XS after submerging it in the pristine ocean.]  [The internet and its many rumors had so convincingly touted this new model as waterproof that he tried taking underwater photos.]

Let’s give it time to dry out.  Putting water-damaged phones in a bag of rice can do wonders.

[The phone was gone forever, but Jiwon wouldn’t come to that conclusion for a couple days.]

Kayaking at sunset should be the perfect way to end this day of turmoil.  I want to capture the setting sun from the middle of the ocean, the light hugging the jagged rock face and illuminating the deep navy of the water below.  [Nathan hadn’t learned from his friend’s misfortune.]  [He took photos very carefully, yet his phone was still exposed to water that had silently collected near his pocket in the bottom of the kayak.]  [Here lie the remains of phones one and two, victims of acute negligence.]

I feel like the sacrifice was worth it, as long as my phone is revived in the end.

And it was in the end.  Thankfully, I had brought my American phone as a backup and we were able to take photos for the rest of the trip.  The mishaps and missteps all occurred within a period of about 28 hours and the rest of the trip was comparatively smooth.  Jiwon and I took everything in stride, knowing that some things were out of our control and some things could’ve been avoided if we showed a little more common sense.  We primarily wanted to enjoy the getaway and deal with all of these issues back in the more familiar environment of Korea.

In the end, Jiwon’s phone could not be resuscitated.  Mine was O.K. after visiting the LG repair shop, but I was mentally prepared to say goodbye.  If you take anything away from this installment of the strange life interactions of Nathan, maybe it’s that it helps immensely to be flexible when traveling and sometimes it’s better to be overprepared.  Also, model your travel preparation after what Jiwon and I decided to do and then do the complete opposite.

We mutually decided that next time we travel, we need someone who’s more structured to complement our freeform style.  Either way, I would love to return to Thailand in the future with a less packed schedule and more time to sit back and relax on the beautiful beaches.

The spring is coming and some am I.  These trips and the change in weather is highly motivating, so look out for a lot more content on Stableruminathans and news from me. 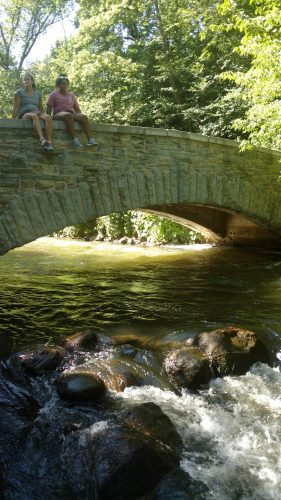