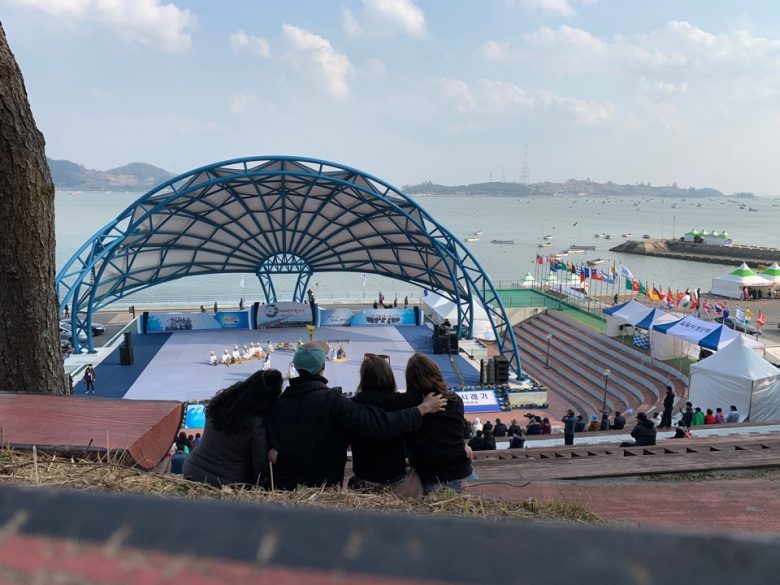 The spring is here in Korea despite an annual phenomenon called 꽃샘추위, a period when we all think the warm weather has arrived only then for it to be pushed aside by an unrelenting cold snap.  This expression literally translates to “the cold envies the flowers” (꽃=flowers, 샘=jealousy/envy, 추위=the cold).

As the spring flowers are beginning to bloom, the cold weather needs one last chance to make us suffer before sunny days are here to stay.

Korean springtime also means months chock-full of assorted festivals to visit.  As I’ve mentioned before, traveling around Korea to see festivals is the perfect excuse to tour as much of the country as possible, visit friends in other cities, and learn about interesting cultural events.

A couple of weekends ago, I made my way down from Cheongju to 전라남도 (Jeonlanam-do), the southwesternmost province in the country.  My time in Korea is ticking away and I’m now looking to the future and what is to come.  As such, I’ve been trying to take advantage of as many opportunities as possible (which sometimes leads to overexerting myself) and check off items on the good old Korean bucket list.

Each spring, an island called Jindo is home to the “Miracle Sea-Parting Festival” and although Korea has many interesting festivals, this was one that I absolutely couldn’t miss.  I rushed out of school on Friday afternoon, sprinting to make a 4:40 p.m. bus to Mokpo, another city down south where some of my Fulbright friends are teaching.  We spent the night there and regrouped the next morning to make it the rest of the way to Jindo.

The sea-parting festival is not a tribute to Moses or in any way related to the biblical tale, though it does conjure up that image.  Jindo is pretty much as far south as you can go in the country, but there are also various smaller uninhabited islands further south lining the coast.  Once a year, the tidal changes allow for a narrow land bridge (about 40-60 meters across) to appear, connecting Jindo to a small island called Modo Island.  Extremely low tides cause this strip to pop up out of the blue (blue waters of course 😉 ) and during the festival weekend (twice a day at dawn and dusk) visitors flock into the ocean to experience the feeling of “walking on water.”

And more than the scientific explanation for this phenomenon, there is a cultural legend surrounding this event.  In ancient times, Jindo was said to be overrun with tigers that were terrorizing the local people.  A majority of people escaped to Modo Island for safety, but one woman was famously left behind.  She prayed continuously that the sea gods would part the sea for her to join the other villagers. One night, a god appeared in her dreams with the promise of a rainbow over the sea that would allow her to travel safely to Modo.  The next morning, her prayers came true and the land bridge appeared.  Ever since, the Jindo Miracle Sea Parting Festival continues on and there are many performances, food stands, and other events leading up to the dusk and dawn sea-parting spectacle.

The view was mesmerizing when we were there.  The ocean really does open and hundreds of people stroll down into the water, snapping photos of the calm sunset or digging through ocean silt for clams or other sea critters.  At one point, Emily and I joined some older Korean people in soaking our feet in a warm foot bath; the festival weekend was fairly chilly and it was nice to regain the feeling in my toes after the biting wind stole all the heat from my body.

Later in the spring, I will be returning to Jeju-do (“Korea’s Hawaii” if you recall from last year) and also attending some music festivals and other events.  I have also joined an ultimate Frisbee league that hosts games in various cities around the country, continue to play volleyball, soccer, badminton and such, and am preparing for a Korean language proficiency exam (TOPIK II) this upcoming July.  My new students are very eager and kind, so this has been the easiest start to a semester of teaching by far.  The year is flying by and I really hope to make the most of my final few months of teaching.

Send me any questions you might have about this ongoing journey and I love getting updates about life back in the States. 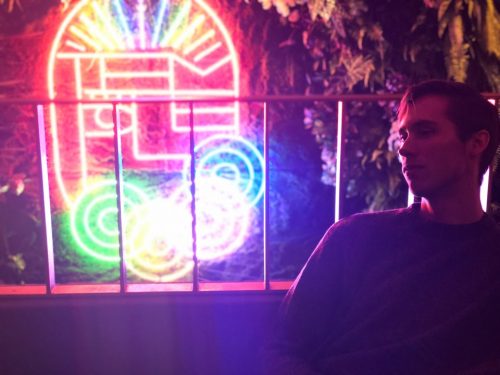