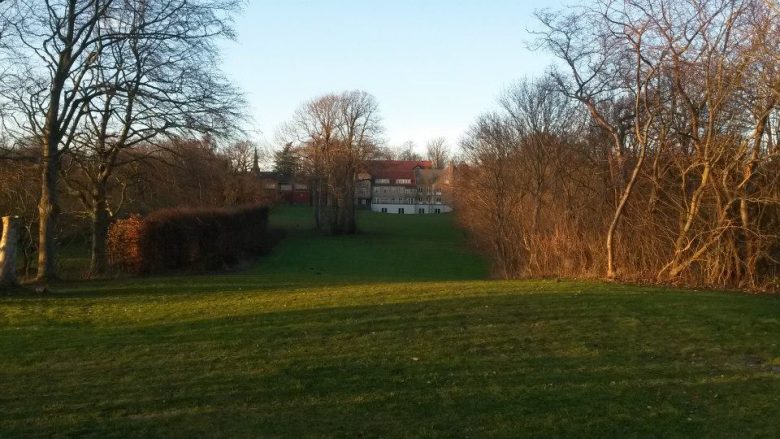 “After my late night out in the city, I spent the rest of that weekend resting up for something called ‘Core Course Week.'”

My core course (the one about Icelandic Glaciers and Climate Change) traveled around Eastern Denmark for a few days, hitting up some very cool natural sites, a ‘Folk High School’ (Vallekilde Højskole), the highest point in Denmark, and a winery (among other things).

Each DIS student has one “core course” that acts as their main study focus for the stay in Denmark, and this course has one short study tour and one long study tour throughout the semester.  My course’s short study tour bussed around Eastern Denmark, visiting a fossil quarry in Faxe, a fjord Pumping Station in Odsherred, and the aforementioned folk high school.  These probably aren’t household names for most of you :).

My class is 18 strong and over the course of just three days, we all became super close and really enjoyed the simplicity and beauty of the locations we visited.  Now we are aptly named the “Iceland Ice Cubes” after where we will travel for our long study tour in a few weeks.  The theme of those three days was also eating disgustingly large amounts of food.  Not just any food though: authentic home-cooked Danish meals, with a 5/6 course meal highlighting one of our stops.

The Folk High School we stayed at is one of many folk high schools that were constructed in the 1800’s for students to gain understanding and enlightenment, rather than just a degree.  Students go to these Scandinavian institutions for 6 months and craft specific skill sets (without grades or formal assignments); Vallekilde is known for its journalism, literature, and game design (board, video, etc.) programs.  You may be wondering why the title of this post includes jousting at this point.  And no, I did not climb onto a horse and try to impale my teacher in the medieval sense.  Joust was a game created at Vallekilde and we were invited to play it with the students during our stay.  Trying to explain the game mechanics is kind of hard, so just watch the video below.  It was such a fun time!

After returning to Copenhagen from the short trip, we continued core course week with a trip to the Niels Bohr Institute and the Center for Ice and Climate to look at some ice cores.  And of course, there was more food.  Much of my class went out on a pub crawl that Friday night and it was a really fun time. Saturday was spent studying with Kelly and David, two friends from my core course, for an exam.  We studied for a solid few hours before being sucked into a party at David’s apartment and going out for the night.  This was the same night as the shootings in Copenhagen, so getting home took a bit longer, but everyone was safe.  Thanks for all the messages asking about my safety and well-being.  On Sunday, Inger and I hosted a Fastelavn party at her Rowing Club, celebrating the Danish holiday with other DIS students and their host families.

Much of last week was spent trying out different Danish pastries, travel planning, and getting work done whenever possible.  On Thursday, I left for Berlin with my friend Wenbo and we were set to explore the city for a few days.  We visited a lot of cool places, including: the Reichstag Dome, Checkpoint Charlie’s, the National German History Museum, the Pergamon Museum, the Berlin Wall East Side Gallery, the Brandenburg Gate, the Jewish Holocaust Museum, and many others. Other friends flew in on Friday night and our stay ended up being great (barring some moments of illness and slap-happiness).  I hope to return there one day to continue exploring!

We took a bus back to Copenhagen last night, which was long but relaxing.  The bus boarded a ferry at one point, so we had 2 hours to refuel and stretch our legs.  I can safely say that Copenhagen definitely feels like home at this point, despite my inability to speak or understand most things Danish.  The next month I will be traveling a bit more, because my school has designated travel weeks throughout the semester.  I will be more diligent to keep up with my stories, and I would love to receive any comments or messages from you guys!

I hope you’re all getting through these last couple winter months, no matter where in the world you’re reading from. 🙂 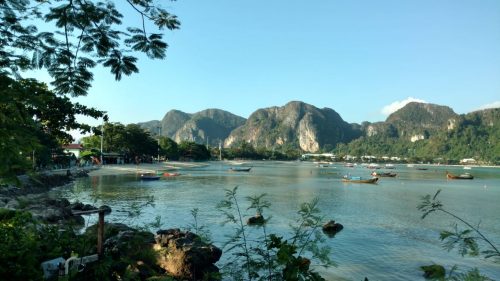 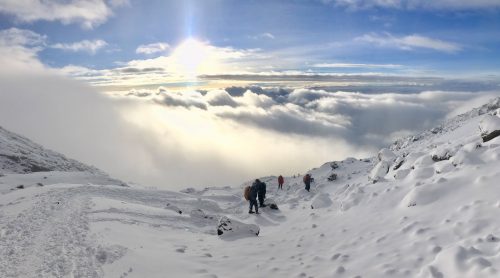 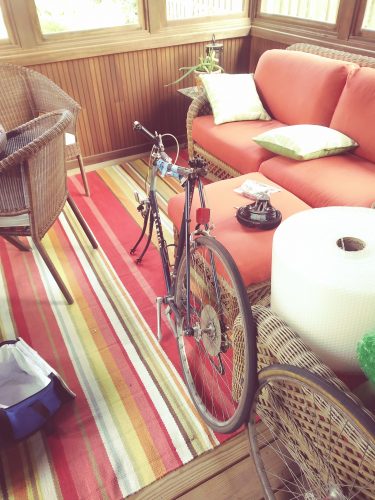