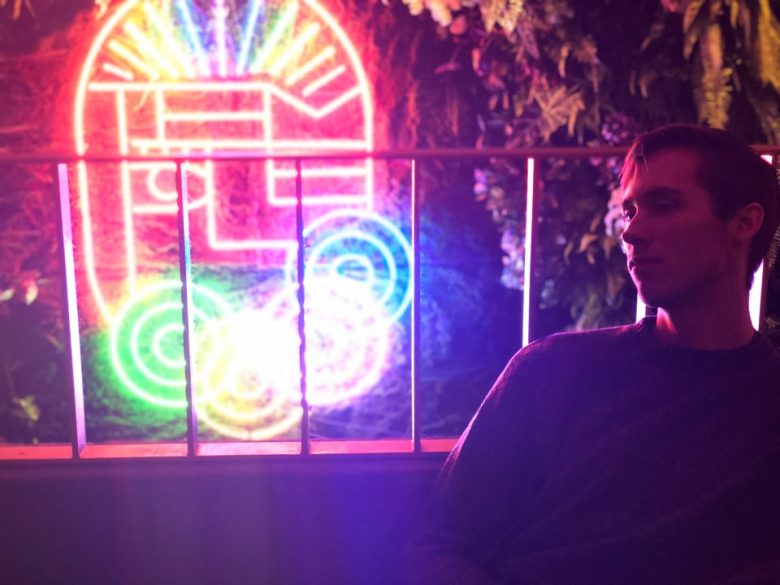 The world is in need of a little magic.  Every day the news brings stories of turmoil and tragedy, not something scripted for dramatic entertainment, but the reality of a world gone slightly crazy.  There may be no good explanation for why people react the way they do.  Why do people fear what they cannot comprehend?  Why do people hate what they can’t empathize with?  Why do people judge before they’ve done their research or tried to gain new experience?  Maybe the world itself is full of magic, but the people scurrying all over it are sure missing something.

Living abroad has heightened my awareness to things that normally wouldn’t catch my attention.  I take a close look at how people interact with me, with each other, and with society in general and usually according to their own sense of how they think other people would want them to act.  Everyone is so busy busy, ‘scurrying’ is the right way to describe it.  When people are able to relax and live without this constant perception of society and the pressure of needing to visibly succeed and be happy and present, they are also able to find the magic.

My world is also in need of some magic.  I find it easy to get distracted while teaching, and what better way to comfort myself than with food?  Except not the kind of comfort in food that leads to binge eating, but rather the excitement and pleasure in trying new foods, cooking for myself, and sharing food with others.  My diet has changed quite a bit here in Korea, but there are still so many Korean foods that I want to try and especially that I want to try cooking before heading back States side.

Now that I live alone, I can truly become the master chef I’m destined to be.  All jokes aside, I talked to a couple of friends with whom I decided to get together and cook Korean style dishes once or twice a month.  Clarque, a fellow Fulbright ETA in Cheongju, is an avid baker and arguably more skilled at cooking than I am.  Jaehoon (재훈) is an electrical engineering student at the nearby Chungbuk University and arguably much worse at cooking than I am.  Growing up in Korea he never had any cooking experience; usually Korean men step back and their moms do all the cooking and what people would call domestic chores.

The three of us decided our first food conquest would be 김치전 (kimchi jeon), 소고기목살, and an apple cake.  Jeon is basically the Korean version of a pancake, but it usually contains vegetables and is more savory than American style pancakes.  The second item on the list is beef neck, the supplement to the kimchi jeon.  The apple cake was all Clarque’s concoction, the dessert to tie our meal together.  All in all our first culinary adventure was a success and set us up for future successes yet to come.

Another big part of the magic of food is sharing recipes that transcend cultural differences.  One weekend I went with my very close friend 지원 (Jiwon) to his family home in 안양 (Anyang) about 40 minutes outside Seoul.  We stayed there for two nights and I thought it would be a nice gesture to cook for his family at least once.  You all know my specialty: pancakes.  I decided to grace them with a Saturday morning breakfast including homemade chocolate chip, blueberry, and banana pancakes as well as eggs and bacon.

The highlight of this, besides everyone loving the food and requesting breakfast again the next day, was when Jiwon’s mother confessed that this was the first time in her life that a man had cooked for her.  Although shocked, I was happy to be the first man to cook for her and hopefully shed a little light on the differences between Korean and American culture.

Also, during our brief visit to Anyang Jiwon and I hit up the local Ikea store, my first time ever actually inside an Ikea.  This location is actually the highest grossing location in the entire world, with Korea recently embracing more European or Western style furniture in the home.  I bought a nice paper lantern for my apartment and also ate Swedish meatballs, blueberry cheesecake, and cream pasta at the bustling food court.  It seems to me that consumerism is just as prevalent in Korea as in the U.S., but people tend to spend their money slightly differently in both places.

I really do believe in the magic of food.  Like with sports, games, or art, food has the power to bring joy and togetherness.  I tend to shy away from being overly consumptive, at least with material possessions, but I am always open to trying new foods.  I like trying new restaurants, recipes, and sharing in the magic of these food experiences.  Stay tuned in the future for a short post showcasing some of my (our) culinary attempts from here in Korea.