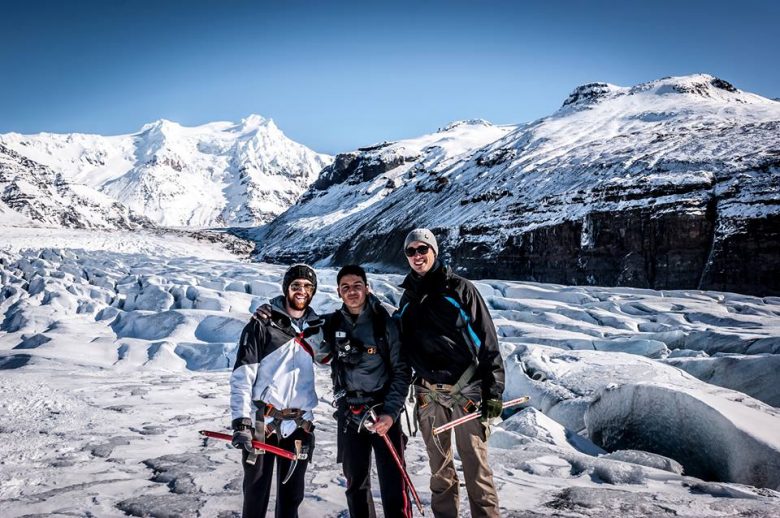 “Easter is right around the bend and I can confidently say that I have not and will not be spending all my money on delicious European chocolate and overpriced candy eggs.”

A few weeks ago, I returned to Copenhagen from sunny, exotic places only to be greeted by the gloomy remnants of winter.  To beat the weather and readjust to Denmark after a week of vacation, I set out to explore the city with friends and check off bits and pieces of my study abroad bucket list.

During the first week back, I spent one night making dinner (delicious chicken and homemade chocolate chip pancakes) with two friends from my core course (Kelly and David) for Kelly’s host family.  We may have struggled a bit with cooking, but her family really appreciated the end result and it’s great to experience how every home-stay has its own unique dynamic.

After spending the night, it was nice to commute to class from a different locale and with good company, to spice up the routine a bit.  I was also really excited that week because I found a clothing store that actually sells items that fit me and doesn’t drain my bank account dry.  Copenhagen is one of the most expensive cities in the world, and it can be easy to fall prey to the amazing pastries, snacks, and other commodities.

I end class every day by 11:30 a.m. or 1 p.m., so I have ample time to spend bumming around the city, adventuring, and looking for a new favorite hangout spot.  I took the harbor bus, a free water taxi within the heart of Copenhagen, for the first time after class one day.  It gives a glorious view of all the waterfront attractions (Opera house, Christiansborg Castle, Black Diamond Library) and provides a relaxing ride down the water.

The second weekend back in Denmark, I met up with some friends from my core course and visited Copenhagen Street Food, a nice waterfront food market with great weekend nightlife.  Highlights from that excursion include learning Danish bingo from some very drunk but bubbly Greenlanders, admiring the bedazzled pink udders of a giant hanging cow decoration, and navigating the metro at night.

We left Copenhagen Street Food full and content, heading out to meet up with some others.  The final destination was to be Signalhuset, a Kollegium on the island of Amager, at a party in one of my Scottish friend’s apartments.  We all made it there in one piece (eventually) and enjoyed the company of various Scots, Brits, and others from all over the globe.  On the way back into the city, we ran into a 50+ year-old American man on the Metro who was pitifully lost on his way to the airport.  He had had a few too many drinks, but still managed to give us some ‘sound’ advice.  The key to any relationship success, in his opinion, is to maintain a certain level of lust (in addition to love of course).  On his way off the train, he gave us a $100 bill and a big cheeky grin; I guess we were pretty good company (^_^).

The rest of that night was spent at the Wallstreet Pub with a bunch of Danes including Kelly’s host sister Mathilde and ended with some interesting late night conversations with strangers at the train station.  The next night I went to POPism, a party held once a month that brings in DJ’s from out of town; I ended up going by myself and meeting up with friends on the dancefloor.  Despite being slightly under the weather, I was happy with my decision to brave the frigid temperatures and make it out to the event.

Other highlights from before my latest travel excursion include: biking to Amager (the same location as Signalhuset) through the Copenhagen suburbs, jumping on the Copenhagen harbor trampolines, trying out a delicious oatmeal kiosk called Grød at the famous Glass Market, playing like kids at the Experimentarium City museum (a science-based interactive museum), and finally seeing the Real Group live in concert!  For those of you who don’t know, the Real Group is a Swedish jazz a cappella group that arranges a lot of the music we sing for No Strings Attached.  I invited my friend Abdel to come and it was in one of the best music venues in the city (Koncerthuset).

Despite all of these exciting goings-on, the best was still yet to come.  Last Saturday, I embarked on a 5-day adventure to Iceland with my core course in glaciology.  17 students, 2 teachers, and 2 quixotic Icelandic guides made for the perfect travel group.  We touched down in the mystical land of ice and snow around 5 p.m. that day and headed for Reykjavík from the airport.  After the perfect first meal consisting of lamb, lobster soup, and Icelandic yogurt, we had the first night to ourselves.  We all headed out from the hotel that night and ended up at different bars and pubs; my group ended up at the most Icelandic bar you can imagine.

“With almost no other tourists, we walked inside to the sounds and sights of Icelandic grunge and electric music, free face paint, angst-filled rap about communism and anarchy.”

It was one of the most unique places I have ever been and the live music and lights were mesmerizing.

The aftermath of the previous night’s shenanigans was evident at breakfast the next morning.  Everyone was moving at a noticeably slower pace, but the hearty breakfast kept us all going.  We walked around Reykjavík and spoke with various climate scientists and also visited a museum about the founding of Iceland.  The class split up for dinner that night after hours of walking.  Along with two other guys, David and Jake, I ate a massive burger at the Chuck Norris bar in downtown Reykjavík.  Despite the name, the crowd was mostly local and the food was surprisingly good.

On Monday morning, the truly amazing portion of the trip began.  We set out in a small bus to begin our road trip along the southern coast of Iceland, stopping at various landmarks and natural sites along the way.  We visited Þingvellir, a national park where you can see the effects of the land drifting apart between the Eurasian and North American tectonic plates.  This was the location of the first Parliament in Iceland around the year 930 AD.

We also visited a beautiful waterfall, a family-owned tomato greenhouse complex, a museum dedicated to a recent volcanic eruption on the devastating effects of ash on a family farm, an Icelandic wool outlet store, multiple other national parks, glacial flood plains, and a glacial lagoon.  We stayed at hotels in the middle of nowhere on Monday and Tuesday night, but the accommodations were very nice and the scenery was unbelievable.

My favorite excursion of the whole trip was a two-hour hike on the outlet glacier Svínafellsjökull.  This glacier is part of the largest glacier in Iceland, Vatnajökull.  We were even able to walk down through the icy crevasses, due to the agreeable weather.  Speaking of weather, we must have appeased the gods or something because the weather was perfect every single day of the trip.  Since last October, Iceland has not had a period of longer than four days without storms, but there were barely any clouds in the sky while we were there!

The sprawling landscapes of ice and rock made the trip unforgettable and really eye-opening in the context of preservation and climate.  It is predicted that all of the Iceland glaciers will be gone within ~150-200 years, and after seeing them it made me think long and hard about how our current society is forcing the planet to change.  I am so blessed to have seen such a place within my lifetime, because it may not be around much longer.  The trip was made all the better by the amazing people in my class and whom we met along the way.  I had great late night conversations, laughed until I couldn’t breathe, and basked in the beauty and history trapped within the ice and snow.

I have always wanted to visit Iceland (not going to lie, part of my motivation was based off obsessively formulating my strategies around Iceland in the board game RISK), and it did not disappoint.  The final morning before leaving for the airport, we visited the famous Blue Lagoon, a touristy hot spring formed from the waste water of a geothermal power operation.  We arrived in the morning and had a refreshing swim for an hour before it was open to the general public.  The silica-rich warm water was the ideal ending to a surreal trip.

Before I wrap up this post, here are a few tidbits about Iceland, the trip, and life in general.  Did you know that to this day, 20% of the Icelandic population believes that elves are real?  Also, due to tectonic movements, Iceland is growing at a rate of 2 cm per year, 1 cm for each plate.  We were not fortunate enough to see the Northern lights this time, but don’t fret!  This was not my last journey up North, so I may get lucky yet.  Until next time, enjoy your Easter holiday and spend lots of time with family and friends.  My parents will soon be venturing across the great pond to visit me, so my next post will include some of our adventures together.